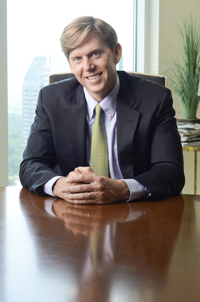 Court denies motion for summary judgment in premises liability action — Walter Williams, a Clark Atlanta University (CAU) student, was shot twice at close range in an attempted mugging on the CAU campus.  Williams pursued a premises liability claim against CAU for failing to adequately secure campus grounds.  At the trial level, CAU filed a motion for summary judgment, claiming that the accident did not occur on campus grounds and that CAU did not owe Williams a duty of care.  The trial court rejected these arguments. CAU then filed an interlocutory appeal of the trial court’s decision.  Georgia’s appellate division reviewed the lower court’s dismissal of summary judgment de novo and affirmed the trial court’s judgment.  The matter proceeded to trial.  Clark Atlanta University v. Williams, 288 Ga. App. 180, 654 S.E.2d 402 (2007).

More than $15 million recovered in confidential settlements and awards for clients suffering wrongful death or serious injuries in trucking accidents, automobile collisions, motorcycle accidents, premises and products liability actions and due to medical or hospital negligence.

$2.9 million settlement plus additional confidential settlement in a products liability case involving industrial accident — A dedicated employee of a road construction company was attempting to change a flat tire on his work truck when the truck slipped off of the jack and landed on his head. He suffered a serious traumatic brain injury. Recovery was obtained against his employer and an additional confidential amount was secured against the product manufacturer and distributor.

$1.5 million recovered in policy limits claim for an automobile accident involving wrongful death — A wife of 40 years and mother of two was killed when hit head-on by another driver intoxicated by narcotic pain medications. The full policy limits of all available insurance coverage were secured for her family.

Confidential seven-figure settlement in an automobile accident involving wrongful death — 17-year-old young man was killed while riding as the front-seat passenger in a car being driven at an excessive rate of speed by his friend. The driver’s insurance carrier denied coverage and we fought through the courts to obtain justice for the young man’s parents.

$625,000 in a trucking accident claim – A retired county employee suffered an aortic dissection and five fractured ribs when an SUV rear-seat passenger slammed into him from behind, into oncoming traffic, where he was hit by an oncoming beer delivery truck.

$600,000 in a motorcycle accident claim — While our client was driving into work on his motorcycle early one morning, a pickup truck abruptly turned in front of our client causing a T-bone collision. Injuries included a severely broken leg with multiple fractures, surgeries and an extended hospital stay.

$505,000 in a trucking accident case — A truck driver was rear-ended by another tractor-trailer with defective brakes on the trailer.  The defendant driver knew of the faulty brakes prior to leaving on his trip but was coerced by his employer to deliver the load. Our truck driver suffered a herniated disk in his lower back requiring surgery.

$495,000.00 in a hospital negligence claim — Hospital staff failed to properly compress a needle wound when drawing blood for an arterial blood gas test. Our client suffered from compartment syndrome when arterial blood flowed into his forearm, requiring emergency corrective surgery.

$450,000 in a premises liability case involving a trip and fall — A store employee suffered a herniated cervical disk when she tripped on a pothole in a mall parking lot.

$385,000 in an industrial accident case — A truck driver suffered a ruptured esophagus when a defectively installed wash-out cap from his pressurized tanker blew off and slammed into his chest.

$375,000 in a premises liability case involving rape — The mother of an eight-year-old girl asleep in the room next to her was raped at knife-point in her apartment. The apartment complex had failed to notify her of the rate of crime in the area surrounding the residences.

$350,000 in a trucking accident case — A computer programmer suffered a shoulder injury due to a slow-speed, rear-end impact from a tractor-trailer in jammed highway traffic.

$325,000 in an automobile accident case — A pilot injured when slammed into on the highway while driving to the airport to board his flight. He suffered a herniated cervical disk preventing him from returning to work as a pilot. All available insurance coverage was secured.

$285,000 in an automobile accident case — A young meter reader and mother of two suffered a spinal fracture when her pickup truck was T-boned by a 17-year-old driver who ran through a stop sign. Although the fracture ultimately healed, she spent eight weeks forced to live in the common area of her family’s home while restricted to a spinal brace.

$250,000 in nursing home injury case – Contrary to the medical protocol established by our client’s evaluation, the nursing home staff failed to raise both rails of their patient’s bed. Our client fell from her bed, fracturing her hip and requiring corrective surgery.

$250,000 in a trucking accident case — A young man on his way home from work was injured when a tractor-trailer collided with a nearby vehicle, sending it airborne before smashing into the client’s truck, leaving him with multiple injuries requiring medical care and physical therapy.

$210,000 in an automobile accident case — A father of two was rear-ended by a woman who plowed into two vehicles, causing extensive damage to all three and leaving him with a neck injury that ultimately required surgery.

$205,000 in a trucking accident case — A man driving his wife and son was blindsided by a tractor-trailer that fled the scene after causing a collision that left the family injured.

$200,000 in  a slip and fall premises liability case — A Delta flight attendant slipped on an unknown substance in the airport terminal while attempting to assist a fallen passenger, leaving her with a broken knee requiring surgery.

$200,000 in a trucking accident case — A tractor-trailer driver was injured when a tow-truck operator drove over him with his truck, resulting in a broken leg that required surgery.

$200,000 in a work accident case — A flower delivery man was run off the road into a ravine, where he remained trapped and seriously injured for more than an hour before being rescued.

$180,000 in a trucking accident case — A woman was rear-ended by a FedEx truck while stopped at a red light.  The impact resulted in a painful neck injury requiring lengthy treatment for the resulting disc herniation.

$180,000 in a products liability case — A wound-care specialist treating a patient was seated on a defective stool that collapsed, resulting in a broken tailbone.

$180,000 in a trucking accident case — A client was rear-ended by a tractor-trailer at a stoplight, sending him airborne through an intersection, causing significant soft tissue injuries.

$170,000 in an automobile accident case — A mother and her three children were traveling to Walt Disney World when a cargo truck plowed into the back of the family’s vehicle.

$165,000 in a premises liability case involving assault — A young student attending a career fair on the campus of Clark Atlanta University was shot by a passing motorist, leaving him with severe and permanent injury to his arm and leg.

$150,000 in an automobile accident case — A client was injured while attending an auto auction for work when a driver hired by the auction lost control and plowed into the spectators.  The client endured months of treatment for injuries to his shoulder, knee, and leg.

$150,000 in a trucking accident case — A client was rear-ended by a tractor-trailer while stopped at the end of an exit ramp, leaving him with a back injury.

$147,000 in a premises liability case involving assault — A woman on an unexpected layover in Atlanta was attacked and beaten at a hotel near the airport.

$145,000 in an automobile accident case — An unlicensed driver rear-ended a client in a pickup truck, sending the client’s vehicle into the cars ahead him.

Confidential settlement in a motorcycle products liability claim — A young professional motorcyclist was seriously injured during a competition when his rear tire exploded causing him to lose control of his bike. His injuries resulted in a lengthy hospital stay and multiple surgeries.